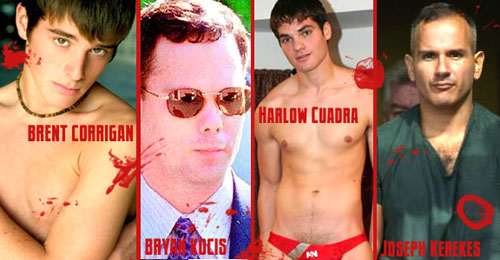 Imagine the crime scene. A 39-year-old Caucasian man had been stabbed 28 times. His throat was cut to the extent that he was almost decapitated. The body lay in the bedroom of his Pennsylvania home as the house burned and burned. The police ended up having to use dental records to identify the victim.

At that point, both Kocis and Lockhart created their own websites to capitalize on Brent Corrigan. The publicity and legal feud between Kocis and Lockhart got nastier and nastier. Eventually, Lockhart moved to San Diego trying to stay out of drama and bad press.

In January of 2007, Kocis was murdered and his body was discovered as his house was on fire. The first thought that popped into the popular media’s mind was… could Brent Corrigan/Sean Lockhart be responsible? Could he be a suspect? 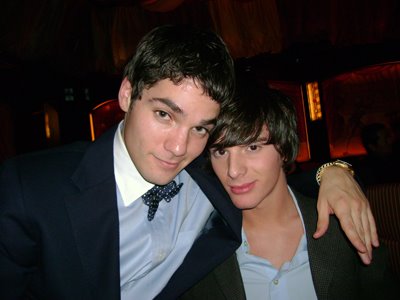 The killers turned out to be a gay hustling couple from Virginia Beach, Harlow Cuadra and Joseph Kerekes, who were dubbed the “Myspace Killers” because not only that the two left a trail of cyber clues the younger Cuadra posted photos of him and Sean Lockhart (Brent Corrigan) on his Myspace page. Cuadra lured Kocis via e-mail claiming to be a new model. The gay couple was then caught on video camera buying a gun and knife that matched the murder weapon used to kill Kocis.

At the trial, Cuadra said that Kocis controlled his life, drawing a parallel to Stockholm Syndrome. How romantic, eh? He said that it was his lover who wanted to kill Kocis, not him.

Well, Cuadra was found guilty of all charges.

The last straw was he asked me to give him a massage. I excused myself and never heard from him until… Three years later, I got back from the gym to my then boyfriend’s Westwood apartment and saw Dennis’ photo on television.

“That’s my friend on TV!” I exclaimed.