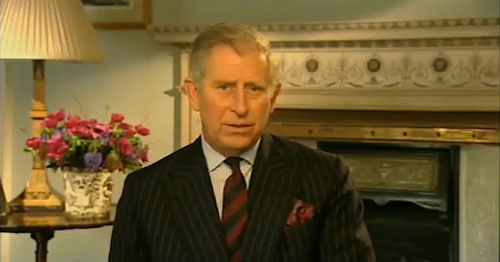 I’m a monarchist and secretly, I subscribe to the daily rigmarole of the British Monarchy. Earlier this year, HRH The Prince of Wales released a YouTube video about the British Asian Trust.  Below would’ve been my letter to his royal highness about it.

I recently saw your YouTube video about the British Asian Trust and I wondered who the director is of this video? I am not sure of your target demographic, but if you were trying to reach a younger generation with your message then talking into the camera for 3 minutes would not be the most engaging way.  This video was released on YouTube so that suggests you want it to go viral. If this is the case then there needs to be more movement in the camera, and reality tv style behind the scenes footage of you intercut with your organization’s work with the community. The behind the scenes footage does not require provocative gestures and vulgar language. On the contrary, the world just needs to see a looser, more-easy going prince. You can grab your afternoon tea, eat some curry or perhaps lounge in your pjs and contemplate your navel. We all do it and it is okay to show it, because that’s how trust is earned with the ordinary working Asian.

PS.  I love the term “Brasian”. It’s a fantastic portmanteau! You are a genius!!