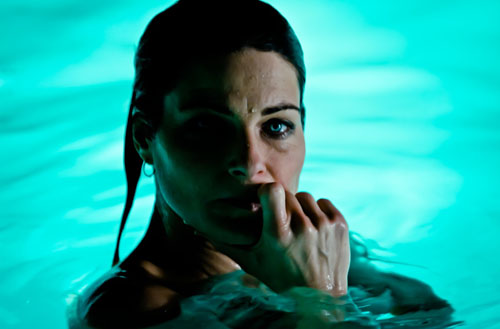 Steve Balderson is a prolific independent filmmaker based in Kansas. Steve has made five narrative features along with several documentaries with his first feature Pep Squad premiered at Stockholm International Film Festival and his second feature Firecracker, starring Karen Black and Susan Traylor, premiered at Raindance Film Festival. I was fortunate enough to attend the Los Angeles premiere of last feature, his indie star-studded female prison drama Stuck! with Karen Black, Susan Traylor, Mink Stole and Jane Wiedlin at the Egyptian.  The Casserole Club, Steve’s latest picture in post-production, is described as a drama evocative of classics like Who’s Afraid of Virginia Woolf? and American Beauty about a group of mod 1960’s era suburban housewives. All I have to say is the stills look amazing, and so does the trailer.

Q: I find your sensibility as a filmmaker very interesting. Your last film Stuck! is not really gay but it’s definitely queer… would you agree? 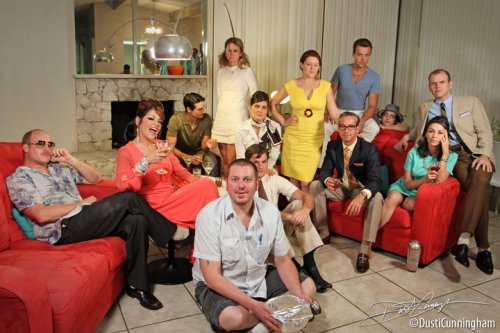 Filmmaker Steve Balderson sits in the center of foreground.

Q: How would you define your sensibility and vision as a filmmaker?

Hmmm… Well, from a life perspective I’d say that I’m a filmmaker who happens to be gay, instead of a gay director. If that makes sense. I see my career path like other filmmakers who happen to be gay, but they make non-gay movies. Like Gus Van Sant. He’s fantastic.

From an artistic perspective it’s hard for me to dissect… But I’ve been told recently that while all of my films are vastly different, I still put my individual stamp on them. People say it’s obviously one of my movies. Even if one is nothing similar to the others. I think that’s kind of cool. I just try to stick to what I see, and how I feel about any scene or story… Having a kind of confidence in one’s own point of view is hard for a lot of people, but it’s something we can all get used to inside ourselves. 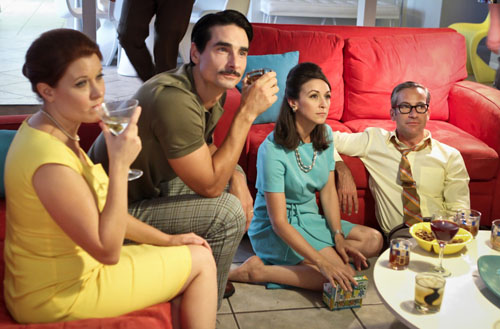 Q: What was the inspiration for The Casserole Club?

When we were in Macon, GA filming Stuck! in 2009, the cast and crew heard this lurid story about neighborhood wife-swapping and swingers. We were all transfixed and became sleuths, snooping around to find out more. In real life, the swinger group was called The Casserole Club and I knew I just had to make a film about it. It sounded insane. But… the closer we got to understanding the true story, it became more and more sad and really depressing. The core of the story is about irresponsibility and damaged people. It’s heartbreaking. A modern day version of a classic tragedy.

Q: In terms of budget level, how would you compare The Casserole Club to the rest of your pictures? Do you feel you have enough budget to do a mod period piece? By the way, the movie looks AMAZING! 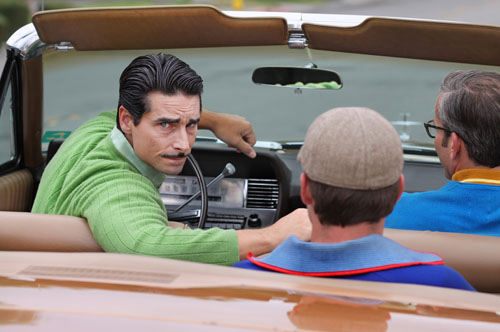 Thank you! We didn’t really have a budget, but we spent considerably less than most indie films. My company owns all its own equipment, so we don’t have to rent it. There’s actually a documentary coming out about the making of The Casserole Club called Camp Casserole which looks fun. It really was a lot like summer camp!

Q: And when should we expect to see The Casserole Club? Would you be starting out with the film festival route?

Yes, we’re starting out with festivals and strategizing this one carefully. Some of the performances are mind-blowingly great, awards-worthy. And to really campaign for any kind of award consideration is a careful process. So we’re taking it slow. You’ll see it this year.

Q: What advice would you give to an aspiring queer filmmaker?

Check out Steve Balderson’s site about The Casserole Club and his other films.